UPDATE: (Thr. 24 Jan. 2013) -- As of Wednesday, 23 January 2013, I am 'unblocked' and now able to post on Ross' Facebook page. Also, oddly-enough, a letter to the editor of a local paper published only about 12 hours after Ross' staff unblocked me, but this appears to be an unrelated coincidence, since Ross' office could not have reacted to the letter before it had published; thus, their unblocking me was a genuine, honest action, not a 'reaction' to news media pressure, which had not manifested until about 12 hours *after* their action. More details are below. -- End of update

UPDATE: (Sat. 03 Nov. 2018) -- Today, while looking at my web-ring, I noticed that I had forgotten to include one salient fact: When attending Rep. Colleen Burton's election-night party, four years ago (Tue.04Nov.2014), a source whom I chose to keep undisclosed assured me that Congressman Dennis Ross fired the staffer who was blocking constituents on social media, and I have confirmed this via other sources. So, in addition to unblocking constituents **BEFORE** my infamous "heavy-hand" letter published...

...he also fired the staffer responsible, which I confirmed from other sources, and thus he was not "reacting" to my letter which had as yet not published --and thus (even if we disagree politically on key issues), Mr. Ross deserves credit for showing honour and integrity. -- End of update

UPDATE: (Sat. 25 Sept. 2021) -- Today, while looking at my web-ring, I noticed that I had forgotten to include one other salient fact: Because I later found out that former Congressman, Dennis A. Ross, was not the guilty party (but rather a staffer who did the social media blocking), I sent a 2ND "letter to the editor" to The Ledger the following day, which was not published there. But, I did, honestly/genuinely, try to clear his innocent name/reputation, and so I link a copy below to verify this claim -- and (more-importantly) assure/reassure Dennis & others that, while imperfect, my motives/intents are good/altruistic. See below...

That was back around Thursday, April 04, 2013, the day Rep. Ross had a Towh Hall Meeting in Plant City, Fla., as documented by the following screenshot:
Cache 1: www.GordonWatts.com/FannyDeregulation/time-stamped-TownHall-post.JPG
Cache 1: www.GordonWayneWatts.com/FannyDeregulation/time-stamped-TownHall-post.JPG
(Note: The THM was actually on Thr. Apr. 04, 2013, as shown by the bottom half of this screenshot, but the top half, which has a Facebook post, apparently was posted the next day. Also, as stated in the inception of this blog entry, there was a major update: Ross' staff unblocked me, and later, unblocked Upthagrove, who we think were blocked by an over-zealous staff member no longer with Ross' office. So, Ross and his staff deserve credit here for unblocking us -and for allowing us to post unfettered on his Facebook fan page. In short, Ross' staff's unblocking of me was a genuine, honest action, not a 'reaction' to news media pressure, which had not manifested until about 12 hours *after* their action. END OF UPDATE ~G.W.)

UPDATE: (Thr. 17 July 2014)
It is also worth noting that Rep. Ross has allowed me way more than my fair share of questions in many, probably most, of all his subsequent Town Hall Meetings, be they in person _or_ be they Tele-THM's via the telephone. Also, when meeting him in person at one THM, for the first time I had seen him in person in years, he remembered me by name, was repspectful, and has always shown the highest regard for me, whether anyone in the news media was looking or not. Therefore, it all adds up to convince me: I am sure that Dennis and his staff, though human, have the highest honour and moral integrity. -- End of update.

But, were Upthagrove's other posts slanderous, harassing, threatening? Let's see:
Here, Brett is critical of Ross for protecting the rich (an opinion he has a right to express) >>
Cache 1: www.GordonWatts.com/FannyDeregulation/BrettsPost.JPG
Cache 2: www.GordonWayneWatts.com/FannyDeregulation/BrettsPost.JPG
Here, Brett expresses his opinion about the famous “Grover Norquist” tax pledge—and about water-safety regulations:
Cache 1: www.GordonWatts.com/FannyDeregulation/Bretts-2nd-post.JPG
Cache 2: www.GordonWayneWatts.com/FannyDeregulation/Bretts-2nd-post.JPG
Yet, even harmless opinions that 'disagree' are not tolerated!
Link: https://www.facebook.com/dennis.ross.376/posts/474278279276948
Cache 1: www.GordonWatts.com/FannyDeregulation/Bretts-2nd-post-is-deleted.JPG
Cache 2: www.GordonWayneWatts.com/FannyDeregulation/Bretts-2nd-post-is-deleted.JPG
Meta-Analysis: Here we see far more than nine (9) people being blocked (some of these bullet-points dealt with several people, so the total number is > 9) —and those are only the ones I could document.
Refusing to hear from constituents, and making (or implying) false claims that they were vulgar, harassing, slanderous, threatening, or otherwise 'abusive'—when there was a clear written record to refute it is questionable and makes me feel uncomfortable.
If this Congressman would do that when there is a clear written record, how much more would he do if I called his office, and there were no witnesses to refute a false claim I was somehow harassing him or his staff?
This is a clear violation of my First Amendment rights of 'Redress' to my government (Lawmakers in this case), as well as another First Amendment right to Free Speech (posting on a public, as opposed to private, social network), not to mention a denial of Equal Protection vis-à-viz 'special' or 'privileged' big donor constituents who can legally “buy” his vote—and his listening ear—by (legal but morally reprehensible) huge “Campaign Contribution$.” Example: more informally, this is proof of his desire to only listen to rich-money interests, such as the banks and/or higher ed interests—big campaign contributors—that would be hurt if they were forced to stop illegal predatory lending practiced I document in my research, & posted online—but not care about those whom he actually represents. (If he doesn't even want to hear opposing views, then, obviously, he does not care about his constituents.)
** CLARIFICATION ** I must address one point that was not clear in my previous email, where I said “(And, I'm genuinely *very* frightened, as I described below; please take a moment to check this out.)...I'm honestly very concerned, since other whistle-blowers in my position have turned up missing...”
Some feedback have asked if I am paranoid of disappearing. While it is true that bankers would stand to lose billions of dollars if Standard Consumer Protections (such as bankruptcy) were returned to College Loans, as they are still available for Credit Card loans, if legislation were passed to this effect, I did not mean to suggest I feared for my life at this juncture—I was merely making a statement to illustrate a comparison. However, I meant every word where I said: “If he's intimidated that I've outed him as a 'Big Government' liberal...then what other bizarre things will he do? Will he try to do character assassination against me, trumping up false charges of some sort or another?” – As I've shown above, Congressman Ross has taken to making false statements about people, even when there is a clear 'paper trail' that says otherwise: It is unreasonable to think that all those people (including myself) caused trouble and had to be banned (in Ross' own words) “for abusive, vulgar, or personal attacks...because their posts and messages were abusive or bordering on the slanderous.”
Source: www.GordonWatts.com/FannyDeregulation/Update-on-Ross-ban-block-situation.jpg
Mirror: www.GordonWayneWatts.com/FannyDeregulation/Update-on-Ross-ban-block-situation.jpg
Additionally, several Facebook users with whom I have spoken privately have said they feared retaliation if they come out and publicly speak out about Ross' mistreatment of people. One of them feared his job with the Federal Government would be lost in an attempt to appease Ross. Another feared his application for certain Federal benefits would be denied, in retaliation for speaking out. Of course, you have to take my word, as I shall NOT name them, to protect them, and out of respect (due to my religious beliefs). A third person (myself) is genuinely afraid that if I have direct contact with Ross' office in some way that can not be documented or recorded (such as a visit or a phone call), there will be trumped up charges, so my fear is not alone. Two other friends (for a total of five), one a political consultant and the other, a reverend, have both advised me that the Congressman might seek retaliation in the form of false charges if I give him the chance, and to not make contact with the congressman without other witnesses present. Thus, with five (5) plus people, saying the same thing, I do not think my fears are paranoid, but rather, based on rational reason.
As further proof that I am not “abusive, vulgar, slanderous” or make “personal attacks,” please see this email I got from a Rachel East-Pniewski, apparently a liberal poster to the Lakeland Ledger's forums, and with different political/religious views:
“gordon-
although we obviously have differing religious views, i want to thank you for keeping our recent conversation in the ledger friendly. so many times when religious views ( or non views) are brought up, things get ugly. the ugliness only adds fuel to each side's fire. it was a pleasure to have the debate with you.
rachel pniewski”
Screen Shot: www.GordonWatts.com/FannyDeregulation/another-poster-thanks-me-for-being-civil.JPG
Mirror Link: www.GordonWayneWatts.com/FannyDeregulation/another-poster-thanks-me-for-being-civil.JPG
For those who are wondering, yes, I did ask if it'd be OK to share her private email; she was kind & gracious enough to grant permission:
Screen Shot: www.GordonWatts.com/FannyDeregulation/rachels-grant-of-permission.JPG
Mirror Link: www.GordonWayneWatts.com/FannyDeregulation/rachels-grant-of-permission.JPG
Background—this is where we 'met':
Link: http://www.TheLedger.com/article/20121129/EDIT02/121129261
Cache 1: www.GordonWatts.com/FannyDeregulation/Rachels-comments-Ledger-forum.JPG
Cache 2: www.GordonWayneWatts.com/FannyDeregulation/Rachels-comments-Ledger-forum.JPG 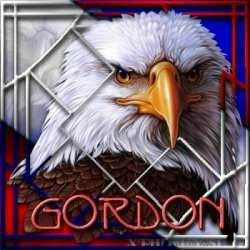 View My Stats
(Yes, these are web-trackers, here -- quite harmless, I add: I merely wanted to make sure you got my email here.)
(-://